I Recovered from Rock Bottom, and You Can, Too

Home I Recovered from Rock Bottom, and You Can, Too 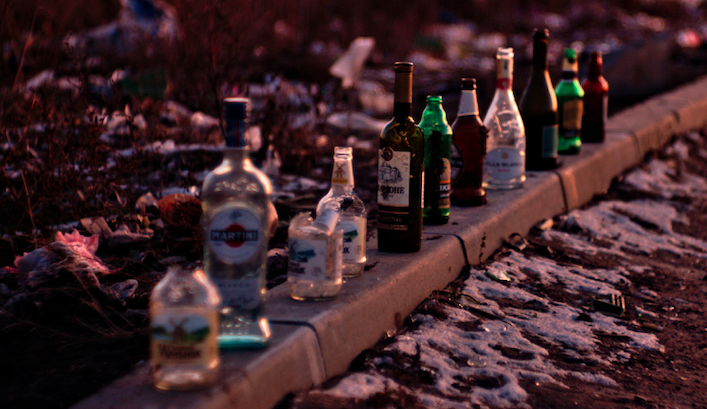 Over nine years ago, little did I know that I would be in the fight of my life, battling the bounds of addiction. Obviously, I never set out to be a full-fledged alcoholic, but that’s exactly what happened. I didn’t just get up one day and say to myself, “Yup, I’m going to mess up my life and lose everything that was near and dear to me just to piss everyone off.”

I had spent most of my life trying to escape from the life I’d been born into. Today, my life doesn’t even begin to resemble the trainwreck I created. I found myself like the main character in Mary Shelley’s “Frankenstein.” I became this monster that I didn’t recognize. I wasn’t a mean person, in fact, just the opposite—I found myself becoming an extrovert. I loved the euphoria I felt after the first sip of my own personal liquid courage. Even though it tasted absolutely awful, it showed me the true meaning of “uninhibited.” As the liquid coursed through my veins, I found myself saying things that I would never imagine myself saying.

Life continued on. My drinking was still at a manageable state, where I could take it or leave it. But unfortunately, like every addiction, it boomerangs. I became unable to hide from the demons of my past: the sexual, emotional, and physical abuse I’d endured in childhood. This plunged me into a full-fledged eating disorder. It all came flooding back. I didn’t want to feel anything; I wanted to be numb and devoid of any feeling, so I ramped my drinking up to the point that I would pass out. I was still able to continue to work, but at home, my drinking routine took over.

My bottom was on December 17th, when I found myself waiting in my car on a railroad track with bottles of wine for a train to come and permanently end my pain. But my higher power flashed a picture of my sons in my vision, and I realized I couldn’t leave them. I was eventually arrested, and a week later, I went into treatment for 30 days. By the grace of God, I have been blessed with nine years of continuous sobriety. My name is Sherry Irvin, and I am a woman living in long-term recovery. With the support of my 12-step program and the people around me, I will continue to embrace the gift I’ve been given.

Sherry Irvin is a woman living in long-term recovery and has been continuously sober for 9 years. She has two sons, 21 and 18, both attending college. A writer and podcaster, Sherry works with women who have developmental disabilities.